per page
Sort By
All 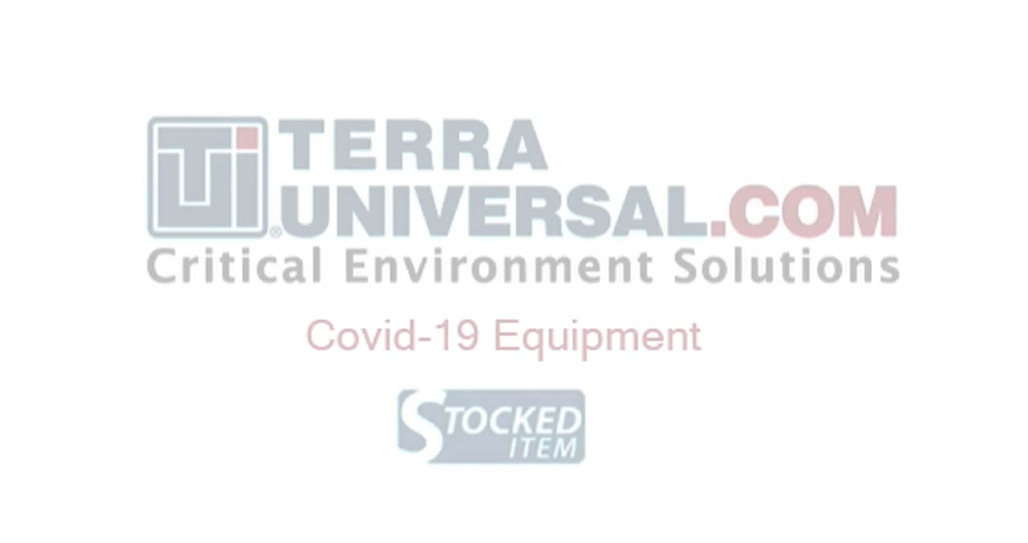 Controlling microbial contamination is one of the leading concerns in research, clinical, and medical facilities. Microorganisms (hazardous or not) can put personnel, patients and caregivers at risk. In hospital and medical facilities, patients are often immuno-compromised or have serious conditions that make them particularly susceptible to opportunistic microbes or secondary infections.

For these reasons, many products are available for decontamination of these critical spaces. There are differences in product effectiveness, cost, potential residual damage and operational limitations. Two particular methods, presented here, are commonly employed to reduce or eradicate hazardous microorganisms.

Ultraviolet germicidal irradiation has been a mainstay for killing and inactivating microorganisms for well over a century. This process utilizes short-wavelength ultra-violet C light to kill microbes. UV-C light encompasses a range of 100 to 280 nm, but the most effective wavelength for decontamination is between 250-260 nm.

Exposure to the light inactivates microbial genomic DNA. UV-C light creates lesions called thymine dimers, which cannot be resolved by cellular-DNA repair mechanisms. This injury to cellular DNA impairs vital cellular functions and ultimately leads to the death of the microorganism. Thus, ultraviolet germicidal irradiation can be an effective means of sterilizing surfaces, instrumentation and facilities.

Hydrogen peroxide Vapor (HPV) is another effective way to sterilize and disinfect surfaces that are contaminated with undesirable microorganisms. The United States Environmental Protection Agency (EPA) classifies HPV as a disinfectant by virtue of its biocidal and pesticidal properties.

Sterilizing with HPV involves release of a known concentration of vaporized hydrogen peroxide throughout an enclosed space, such as a lab. This is typically achieved with a HPV generator. These generators first remove moisture from ambient air and then pass liquid hydrogen peroxide past a vaporization module to produce a concentrated gaseous form of the chemical.

The biocidal mechanism of action for hydrogen peroxide is attributed to chemical oxidation of cellular components. This oxidation rapidly interrupts vital chemical processes vital to microbial survival, and thus sterilizes the environment. For these reasons, HPV is used in many applications when personnel seek to disinfect environments contaminated by virulent microbes.

UV-C decontamination is by far the most ubiquitous method for microbial sterilization. The rays can easily be generated with a short-wavelength light source. As such, these lights can be mounted to surfaces or placed within chambers that require contamination.

The relatively inexpensive equipment makes it an ideal solution for labs and medical facilities that require sterilization, but are not dealing with more robust microbes such as bacterial spores. Physical characteristics allow many bacterial spores to shield their DNA from UV-C light. Therefore UV-C may be ineffective in attenuating this particular menace.

Additionally, UV germicidal irradiation is only effective in sterilizing surfaces that are in the rays’ line of sight. Any portion of a surface that is “hidden” by other objects will not be exposed, and therefore not sterilized.

Operator safety is one obvious concern when using UV-C based decontamination systems. In the same way that UV-C light damages microbial DNA, irradiation can also cause DNA damage in humans. Thus, procedures need to include instructions for keeping personnel at a safe distance from these light sources.

Thus, while UV-C irradiation is an inexpensive and effective form of microbial disinfection, care must be given to ensure proper personnel safety and the degree of disinfection required.

HPV is arguably the most effective form of surface and facility decontamination, however quite hazardous to personnel. Therefore, carefully calculate and document two important factors: the concentration of hydrogen peroxide used during cycles, and the time allowed for these vapors to disperse.

An important advantage of HPV compared to UV-C sterilization is that line-of-sight is not a limiting factor; the gaseous biocide successfully decontaminates visible surfaces as well as hidden nooks and crannies. Additionally, hydrogen peroxide’s biocidal properties have a much broader spectrum of targets.  Bacterial spores, for example, are extremely susceptible to HPV decontamination. In fact, HPV sterilization is the method of choice by the US government in treating and decontaminating objects and structures after attacks using biological agents, such as Bacillus anthracis (anthrax).

When comparing these two proven methods of decontamination, consider your applications, regulations and limitations. Both systems should be managed with care, as they present a potential risk to personnel safety. The decision to use one over the other requires you to look at the type of microorganisms common to your situation, time permitted to perform cleaning exercises, and budget.

Can't find a certain SKU? Let us know and we'll send you a quote directly!