• Safe for use with microcircuit wires or energized electronic components

• DEMO AVAILABLE – Schedule a demonstration unit at your facility for no or low cost excluding freight. Please contact Evan Messenger at 714-578-6124 ([email protected]) 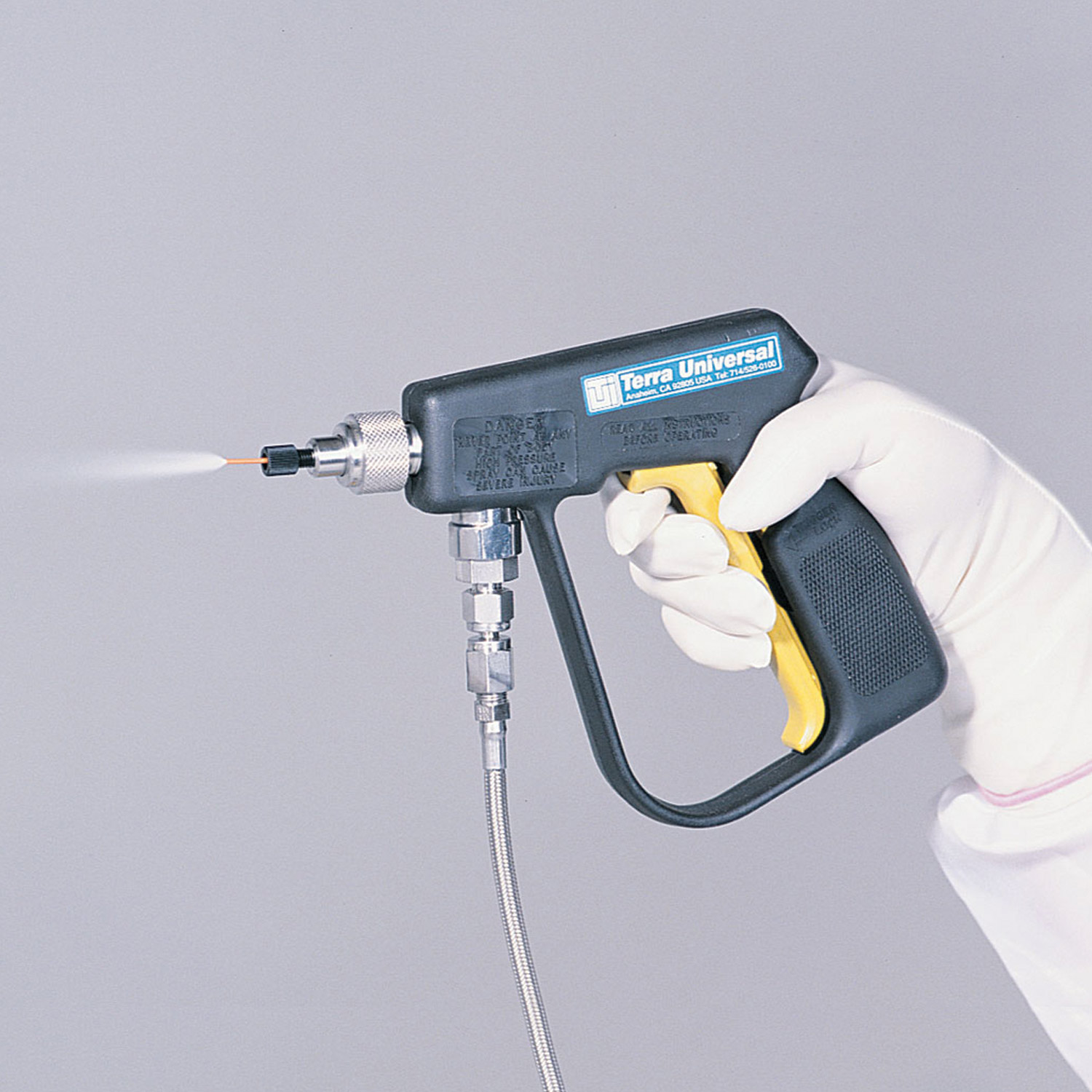 . . . Because particles in the 1-2 micron size range and smaller are difficult if not impossible to remove by conventional blowing with compressed air or dry nitrogen gas.

Such micro-particles are held to the surface not only by electrostatic attraction, but also by bonding forces in the surface layers of absorbed water and organics that are typically integral to the substrate surface. Small particles have a larger percentage of their total surface area in contact with these surface layers, thus giving them greater adhesion. Less of their surface is exposed to any aerodynamic drag forces generated by a nitrogen gun, DI water gun, or other flow of gas or liquid.

Aside from these adhesive forces, small surface contaminants are difficult to remove due to the boundary layer phenomena: a fluid flow (gas or liquid) is only effective at some finite distance away from the surface being cleaned. At the surface itself, the flow velocity must be zero, thus reducing the chance that small particles in the boundary layer will feel the full force of the flow and may not be removed.

Dry Ice Cleaning—Sandblasting Without the Mess!

One way to remove these very small contaminants is to introduce a mass into the cleaning flow, thereby penetrating the boundary layer, transferring energy to the contaminant and knocking it off the surface. The challenge is to perform this sandblasting without damaging the delicate part or generating further contaminant residue.

This is precisely what a dry ice cleaning system does. Frozen carbon dioxide particles meet all the requirements for high precision cleaning of delicate components: they are soft and leave no residue, when supplied with precision-grade CO2.

When liquid CO2 is released from a room temperature cylinder to atmospheric pressure, it passes through its triple point—the state at which some portion exists in solid, liquid, and vapor phases. The liquid and vapor quickly dissipate with no net effect on the environment, but the solid dry ice “snow” is directed toward the surface to remove the particles. Nozzles supplied with SNO GUN™ II are used to adjust the dry ice particle size and the shape of the spray pattern to fit a wide variety of applications.

Effective as a Hailstorm or as a Gentle Snow

Typical dry ice particle sizes are in the 5 micron range, which produce a rather aggressive “hail storm,” but they can be adjusted in size to about 0.5 cm where they produce a very gentle snowfall effect for cleaning the most delicate surfaces.

At higher velocities (up to 1000 fps) the CO2 not only removes particles, but also dissolves thin organic layers of oils and fluxes—even fingerprints. This solvent action is due to a thin layer of liquid CO2 that forms at the collision interface between a dry ice particle and the surface. Liquid CO2 is an excellent solvent for organics. The very short duration of a liquid film at the interface dissolves the organic film contaminants, which are then carried away in the flow of CO2 snow and vapor. The liquid state of the CO2 also reduces the impact stress on the surface and permits thorough cleaning without destructive forces.

Dry ice particles generated by the SNO GUN II penetrate the boundary layer immediately adjacent to the surface. Contaminants that are untouched by nitrogen guns are dislodged and carried away in the flowing stream. Light organic contamination may be removed by the localized solvent effect created when dry ice particles impinge on a surface.

At lower velocities, larger flakes settle on contaminants and lift them off the surface in the process of sublimation to the vapor state—without disturbing delicate substrates. As the dry ice particle sublimes, it creates a micro-explosive expansion that dislodges contaminants.

Although dry ice has a temperature of -109.3°F (-78.5°C) at atmospheric pressure, it rarely poses a threat, even to extremely sensitive micro-components.

This is because the sublimation process occurs so quickly, and the mass of the CO2 particles is so small relative to that of the components being cleaned, that brief spraying will not cause significant drop in surface temperature. At high ambient humidity, however, even relatively small temperature drops can lead to condensation of water vapor. In these applications, a dry nitrogen environment can prevent moisture-related damage.

If cleaning causes the temperature of the parts to drop beneath the dew point of the ambient air, moisture will collect on the parts being cleaned. In many applications, this condensation could lead to oxidation or other contamination problems.

For these applications, Terra recommends cleaning in a nitrogen-purged dry box. At the much lower dew point inside such a chamber, parts will remain dry even if dry ice cleaning does cause small, temporary temperature drops.

Although CO2 is itself non-conductive, the dry ice particles can generate friction as they leave the nozzle of the SNO GUN™ II, leading to potentially hazardous static charge build-ups.

One solution to this problem is grounding ESD-sensitive parts. Another is to direct a convergent stream of ions at any static-sensitive surface. Terra’s Ionizing Air Gun provides this ESD protection, and can be configured to work in tandem with the SNO GUN™ II. 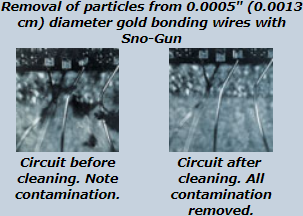 The SNO GUN II cleaning process does not scratch delicate semiconductor or precision optical surfaces. Even the finest wires in microcircuitry remain undisturbed. CO2 is non-conductive, allowing electronic components to be safely cleaned even while energized.

The hand-held SNO GUN II is transportable to wherever cleaning is required. Simply attach the SNO GUN II to a CO2 cylinder and start cleaning more effectively.

Complete Line of Features to Meet Every Application

The SNO GUN II comes with interchangeable nozzles with 9 standard combinations. By changing the nozzle configurations, you can adjust the spray pattern, size, and force of the dry ice particles. Micro-particles can be generated in the < 1mm diameter range with a velocity from 150 fps to 1000 fps (45.7 m/s to 304.8 m/s) that produce an aggressive dry ice storm capable of removing light oils, light greases, and hydrocarbons. Fingerprints can be removed from many surfaces. Three extension tubes provide larger, more gentle snowfall capable of cleaning unadhered particles down to 0.1 micron without disturbing delicate substrates.

The SNO GUN II includes a .5-micron filter inside the valve for point-of-use filtration, a Teflon-jacketed nozzle design that minimizes condensation, a 10' (3048 mm) flexible hose (for connection to a standard gas cylinder), and hard plastic storage case. 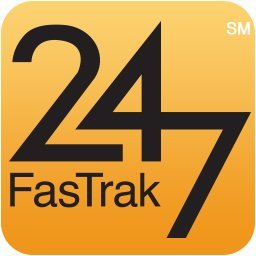