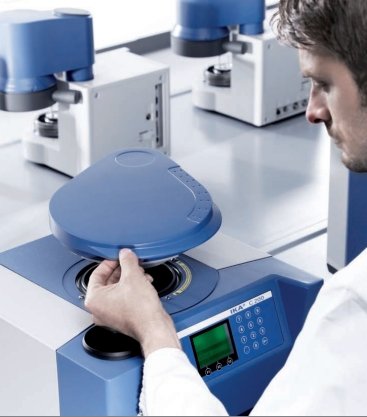 Calorimeters: the heat is on!

The field of calorimetry is used to determine the heat resulting from chemical reactions and physical state changes, in addition to the heat capacity of non-combustible materials. Calorimetry has been studied for over 200 years and has proved useful in multiple scientific disciplines. From thermodynamics to modern combustion engines to food sciences, the utility of calorimetry in determining the enthalpy (heat transfer at a constant pressure) of a reaction cannot be overstated. Keep reading to discover two of the most common instruments used for calorimetric measurements, along with examples of their applications. 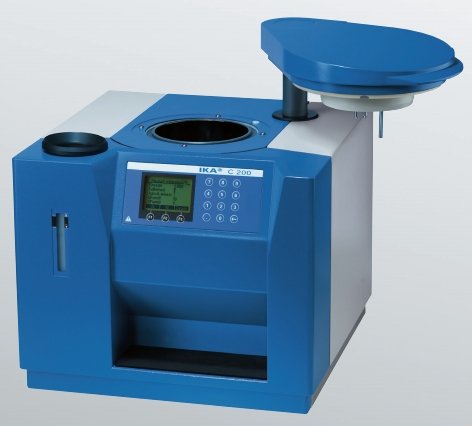 But first, a few words about “heat” and “temperature.” Heat is energy and cannot be measured directly; it is influenced by factors such as mass. Heat may be transferred (you know this if you’ve ever touched a hot burner on the stove). Temperature, on the other hand, can be measured with a thermometer. If you put water on the stove and apply heat, the temperature will measurably increase. If the temperature continues to rise from the application of heat, a phase change will occur (liquid to gas, in this example).

In an adiabatic calorimeter, the reaction takes place in a closed vessel that serves to approximate an adiabatic condition in which no energy is lost from heat transfer to the environment. Instead, energy is transferred only as “work,” meaning the rate of the adiabatic reaction. Utilizing the first law of thermodynamics (also called the conservation of energy which states that energy can only be altered, not created or lost), one can determine the global kinetics of the reaction. These instruments also serve to determine the temperature, enthalpy shifts, and pressure changes in a runaway reaction.

Adiabatic calorimeters serve a wide range of functions in process engineering. For example, during a runaway reaction, the heat and temperature generated by the reaction can result in an explosion. To increase efficiency and save money, industrial processes that require chemical reactions are often carried out on a large scale. Thus, to ensure the safety of personnel, process engineers must determine the circumstances that may lead to a runaway reaction.

One notable example of the use of adiabatic calorimeters is determining the potential for a runaway reaction occurring within lithium-ion cells .The widespread use of Li-ion batteries, combined with their larger energy capacity compared to common alkaline batteries, has increased the need to ensure the safety of consumers and manufacturing personnel. As the Li-ion cell discharges energy, there is a significant increase in both temperature and the pressure exerted by the reaction.

These two factors have the potential to result in a runaway chemical reaction, and ultimately an explosion. Thus, the measurement of both temperature and pressure changes that occur are of paramount importance to prevent a dangerous situation. 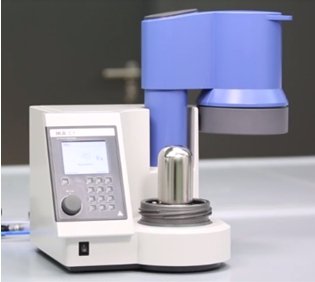 C 1 Calorimeter from IKA. Reaction occurs inside pressurized steel vessel. Water jacket swings over and down to enclose/isolate vessel.

Bomb calorimetry is used to determine the energy released during the combustion of a substance. It differs from adiabatic calorimetry in that no “work” is performed, so the additional heat represents the change in energy. In this process, a combustible material is placed in a rigid container that is jacketed with a layer of water. The chamber is pressurized with oxygen, and an electronic ignition source is used to combust the material. Since the combustion reaction occurs in a rigid chamber, the enthalpy (energy released) by the combustion cannot be expressed as increased pressure, but instead as heat transfer.

The energy released from the combustion reaction is transferred to the jacketed water, and a sensitive thermometer measures the increase in temperature. Energy released by the reaction can be determined using this indirect process.

Bomb calorimeters are utilized in many industries to measure the energy contained within a combustible compound. The food industry commonly relies on the use of bomb calorimeters to establish the caloric profile of food stuffs. These measurements are also used to test fuel for caloric values, which factors into market pricing. Thus, fuel companies are required to test their products prior to sale. Bomb calorimeters can be used to test the heat of combustion of both solid and liquid fuels. 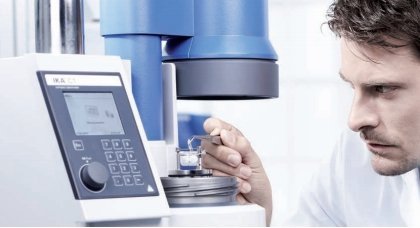 Placing the cotton thread and ignition wire that cause combustion.

Lastly, bomb calorimeters are used in the study of theoretical thermodynamics. Researchers utilize these instruments to determine the enthalpy of the reaction, total heat generated, and the changes in heat and enthalpy as the reaction progresses. Bomb calorimeters therefore serve as a fundamental tool for many industries and research laboratories.

These two common calorimeters are only two types used in life science and industrial laboratories. Differential Scanning Calorimeters are used by polymer chemists in the study of reactions required for cross-linking and curing of polymers. Isothermal micro-calorimeters are used in pharmaceutical and health care industries to study drug interactions, toxicology, and metabolomics. Thus, calorimetry is an indispensible tool for very disparate scientific investigations.