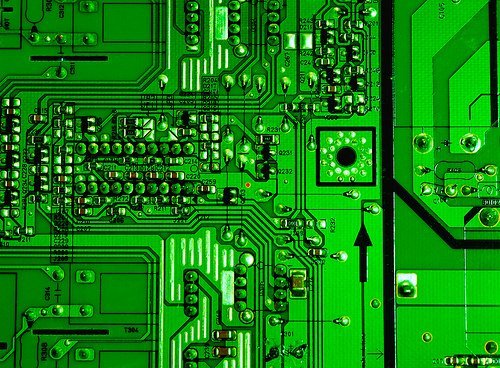 How does an Ionizing Blow-Off Gun improve product quality?

An Ionizing Blow-Off Gun is a hand-held device used to eliminate static, dust, and contaminants from a variety of surfaces and parts. It is shaped similarly to a gun and includes a trigger. The emitter is made from titanium that resists corrosion, ensuring the blow-off gun will last. Guns can actually operate for several years if used with a filtered gas supply. Replacing the tip can be done in a matter of seconds and you do not have to dissemble the gun to do it. There is also an optional inline capsule filter which ensures that the incoming feed gas is pure. 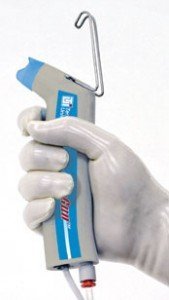 How an Ionizing Blow-Off Gun is Used

An Ionizing Blow-Off Gun is used to remove contaminants and static charges from surfaces and parts, which reduces the chance of damage from ESD (Electrostatic Discharge). The blow-off gun can easily remove stubborn particulates from sensitive parts and surfaces while eliminating static charges that can attract charged contaminants.

An Ionizing Blow-Off Gun removes static from surfaces very safely and quickly. This protects parts from electro-static discharge, which can cause component failure problems.

Bursts of either nitrogen or clean air exit the gun to dislodge particles that are held by static. It uses a low voltage power supply that provides a balanced stream of positive and negative ions with very low electromagnetic interference (EMI), also called radio-frequency interference (RFI). The gun is very comfortable to operate and handle, and does not cause hyper-extension of the wrist. The air or nitrogen is completely clean due to the capsule filter in the gun. When you are finished using the Ionizing Blow-Off Gun, you can conveniently store it on the hanging bracket.

The Ionizing Blow-Off Gun is safe to use, as it has a low input voltage of 24 VAC. This stops any shock hazards to the operator and minimizes electromagnetic interference. The gun can be used around any high-precision electronic products without causing damage.

The components of the gun are designed to be very durable, safe, and clean. The case is made of a polymer material which makes it light, but still very strong. The nozzle tip is scalloped so it can safely stop ion emitters, which protect the user from getting particles on hands, wrists, or clothing.

The gun uses either nitrogen or filtered air to create the necessary force to project the ions to the surface. You can easily change the force of the burst by making adjustments to the gas feed pressure. The recommended pressure to use is 15 to 30 psi. The pressure you choose depends on the distance to the surface you are targeting.

In some cases, higher air speed may work well, however it can cause the particle dispersal to become uneven and inadequately cover the surface. Conversely, a lower pressure setting results in a force that is not strong enough to reach the surface. With a low setting, the ions will require more time to hit the target. You can adjust the settings and experiment with different speeds until you find what works best for your application.

Where an Ionizing Blow-Off Gun is Used

There are many different types of applications where an Ionizing Blow-Off Gun may be used, such as applications that require wide area coverage or continuous flow. Very common applications include graphics, optics, general manufacturing, electronics assembly, and plastics fabrication. Some environments where this device may be used include cleanrooms or areas containing flammable or explosive materials.

So, why incorporate an ionizing Blow-Off Gun into your applications?

It can sometimes be difficult to remove static and contaminants from surfaces or parts, and may take some time to do so. It is especially challenging on three-dimensional parts or micro-components with small openings and channels. Use of an Ionizing Blow-Off Gun will ensure that your parts are protected from static discharge and contaminants.